Homelessness: People in other marginal housing 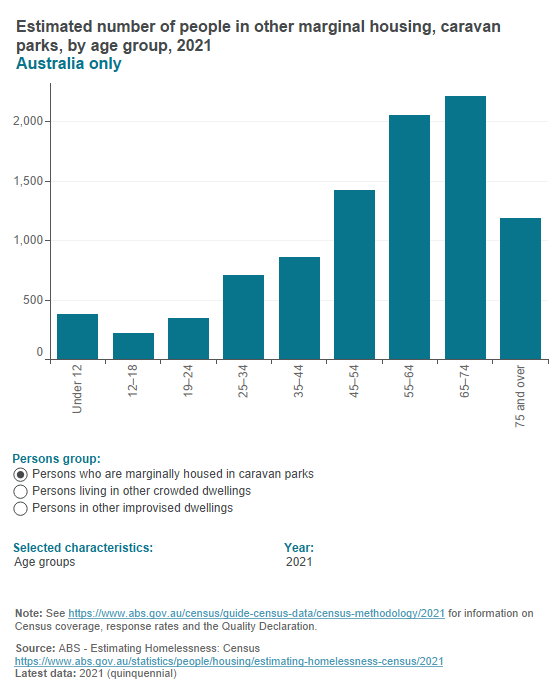 The Census of Population and Housing conducted by the Australian Bureau of Statistics (ABS) presents estimates of the prevalence of homelessness and compiles estimates for specific key groups of people who may be marginally housed but who are not classified as homeless.

The Census aims to enumerate all persons in Australia on Census night (with the exception of foreign diplomats and their families). The Census is conducted every five years. In accordance with the ABS statistical definition, there are three marginally housed groups used to present estimates of marginal housing. Persons living in other crowded dwellings are those whose dwelling requires three extra bedrooms to accommodate them according to the Canadian National Occupancy Standard (CNOS). Persons in other improvised dwellings are those who were living in an ‘improvised home, tent, sleepers-out’ who reported being ‘at home’ on Census night or having 'no usual address’ but not classified as homeless according to the definition.