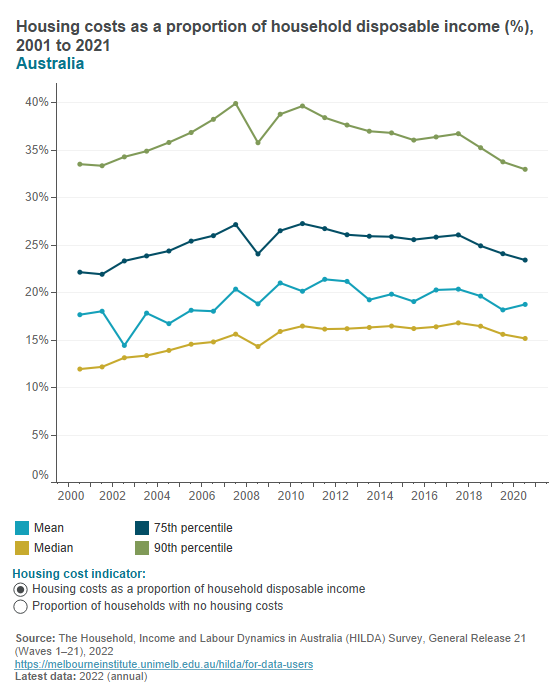 The distribution of housing costs as a proportion of income are presented in findings from The Household, Income and Labour Dynamics in Australia (HILDA) Survey.

Started in 2001, the HILDA Survey is a nationally-representative household-based panel study that collects valuable information about economic and personal well-being, labour market dynamics and family life from participants annually. It aims to tell the stories of the same group of Australians over the course of their lives. The Melbourne Institute is responsible for the design and management of the Survey. Data presented here are sourced from the HILDA General Release 20 unit record files.