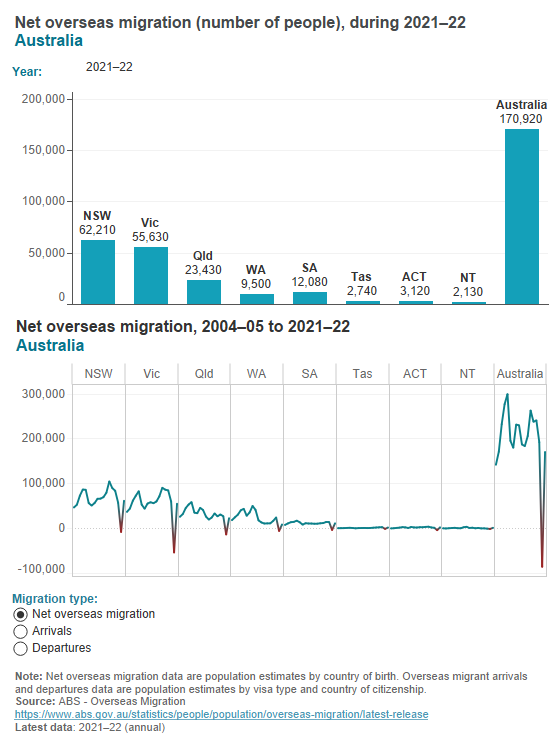 Overseas migration data show the net gain or loss of population through immigration.

Net overseas migration as well as international arrivals and departures by major groupings and visa type are reported in the Australian Bureau of Statistics’ (ABS) publication Migration, Australia. This annual publication was first released in 1994. Quarterly statistics on overseas migration, arrivals and departures are compiled mainly using information from the Australian Government Department of Home Affairs. A person is considered to be a usual resident of Australia if they have been (or expect to be) residing in Australia for a period of 12 months or more (does not have to be continuous) over a 16 month period. Prior to 1 July, 2006, a person was considered to be a usual resident if they resided in Australia for a continuous period of 12 out of 12 months. The publication also includes information on interstate migration, intrastate migration, and estimated resident population by country of birth, state/territory, age and sex.