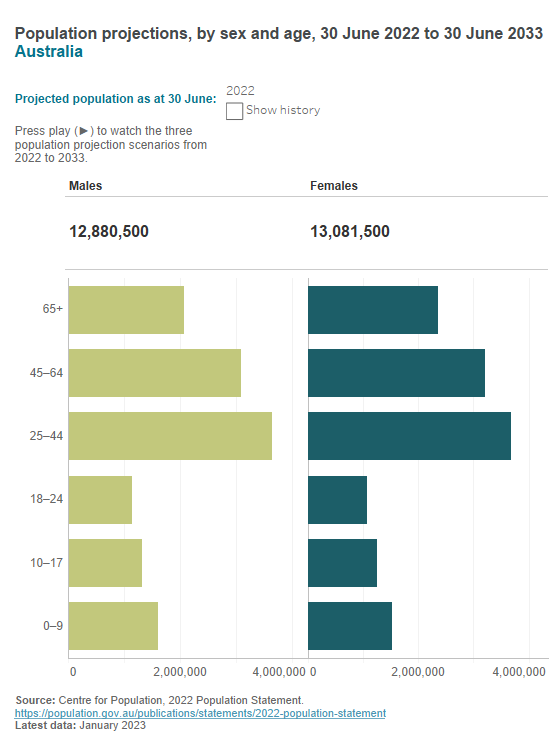 The 2022 Population Statement details how Australia's population growth is projected to recover post the COVID-19 pandemic, and how it is expected to change over the next decade, reflecting longstanding demographic trends like population ageing. The assumptions applied to the projection scenario presented in the 2022 Population Statement are consistent with the 2022–23 October Budget. Assumptions to this scenario include: the baseline fertility has the total fertility rate falling gradually from 1.66 babies per woman in 2021–22 to 1.62 by 2030–31; the population is projected to grow to 39.2 million people by 2060–61, and natural increase is projected to contribute around a quarter of this growth, with the rest of the growth driven by overseas migration; and the median age is projected to rise by 4.2 years from 2021–22 to be 42.8 in 2060–61.

National projections by and age sex are presented in this visualisation. Additional data including state/territory projections and capital city/rest-of-state projections, plus interactive dashboards, are available from the Centre for Population website.